The Lost Surfboards Of Hurricane Sandy

A Dick Brewer shaped balsa board signed by Laird Hamilton and lost during Hurricane Sandy is returned to its owner
Sandy’s Surfboards
The devastating effects of Hurricane Sandy linger on in New Jersey. Houses and even whole neighborhoods remain in a frustrating limbo as insurance companies, federal and local relief workers, volunteers, safety inspectors and families push through the piles of red tape and endless forms which are the exasperating, even discouraging, precursor to rebuilding. But every-resilient community perseveres and reconstruction continues with steadfast resolve. Throughout, the unrelenting and impartial tides of the Atlantic Ocean beat a steady and reassuring cadence for renewal.
Because the ocean, which when pitched to frenzy by the windy daughters of nature can be terrifying and devastating, also has a calm and playful side. Surfers respect the duality of the seas and are usually un-phased by the extremes of storm and tranquility.
Eric Beyer, the owner of Beach House Classic Surf Shop in Bayhead, New Jersey is no stranger to the caprice of the Atlantic. Beyer founded Beach House Classic in 1996 with the mission of staying true to the old school surf shop vibe. In his words, his goal is to nurture the “stoke and soul” of the surfing community.
Having reveled in a 35-year (so far) love affair with surfing, Eric understands that a board is never just a board. It’s an extension of the being, personality, and, well, the soul of the surfer. Among the many cherished possessions pulled from their homes by the merciless wind and waves of Hurricane Sandy were personal surfboards. When Eric learned this, he was, true to surfer-form un-phased. But he did decide to take action.
Eric created Sandy’s Surfboards, a virtual message board that seeks to match lost and found surfboards with their rightful owners. There have been many successful and happy reunions. In late June, for example, Eric was astonished when a fellow community member opened her trunk to reveal a Dick Brewer shaped balsa surfboard, which she found washed up on the bay. He was even more astounded to see that despite nearly seven months in the water, the board still clearly held the imprimatur “To John” with a still clear signature of surfing legend, Laird Hamilton.

Eric Beyer from the Beach House Classic Surf Shop in Bayhead, New Jersey with the Dick Brewer shaped/Laird Hamilton signed balsa board.
This is the kind of find that goes up on the wall of a traditional surf shop as testament to the wild vagaries of the sea. Right? Not for Eric. Whoever “John” was, Eric figured he was missing his board, and perhaps a whole lot more. Eric took photos of the board and sent them to Laird directly with the hope that Laird would remember the board and “John” and help Eric reunite the two. It worked. “John,” whose house was destroyed by Hurricane Sandy, welcomed the return of his board: a testament to resilience from which every surfer, and everyone affected by Hurricane Sandy, can take heart.
In the surfing community, many physical treasures may be lost, but the “stoke and soul” will continue to survive.

A real beauty of a board that made its way back to its owner.
Posted by SinglefinGlide at 11:50 AM No comments:

Posted by SinglefinGlide at 8:19 AM No comments:

George Greenough...way ahead of the curve.

Over the weekend, I sold a Greenough 4a fin to a customer...this lead to a conversation about George's influence on the 'Shortboard Revolution'.  Growing up surfing the endless point breaks of Santa Barbara County, he began experimenting with kneeboards...this lead to some of the most modern, in the pocket surfing of his era.  If you've ever seen George's segment in the original Endless Summer, you'll see what I mean. 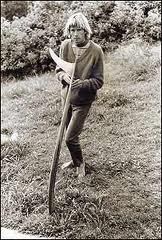 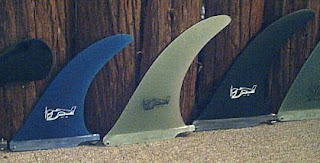 George explains "My first flexible spoon kneeboard started taking shape in 1965. I'd ridden the solid balsa spoon for three years, and I'd been using flexible fins for longer than that so I decided to make an entire board that flexed like my fin. Fish moved when they swam so why not make a whole board that moved when it rode waves?"  George, along with Bob McTavish, designed Nat Young's 'Magic Sam' board and the rest is history. 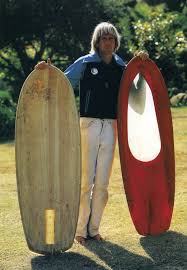 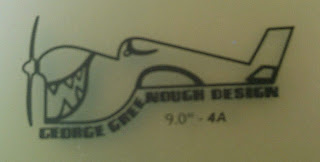 Posted by SinglefinGlide at 5:17 AM No comments: 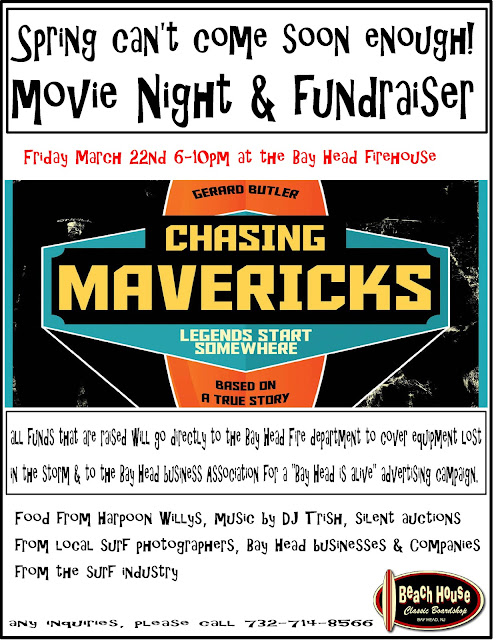 I had a chance to go snowboarding with my family yesterday (Shane, we really missed you!). When I got home, I pulled my 1st snowboard out of the attic. A Burton Backhill that I bought in 1984 at the watershed surfshop in Wakefield, RI.  It was all wood and had 2 metal keel fins on the tail...when we went to the slopes, they weren't sure what to make of it; whether to let me on the mountain or not. Until boards had metal edges, it was all up in the air.  I had so much fun on this board...brings back awesome memories of the early days. 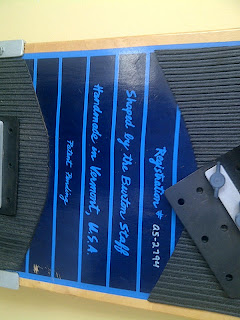 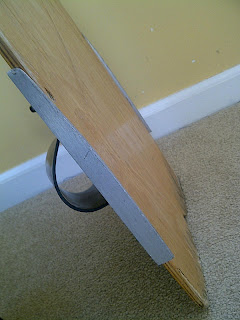 We can finally OPEN...Today and each day through Christmas!

Wednesday, December 5th...we are finally able to open up shop!  After a really really long and hectic 5 weeks, we're able to OPEN for business!  Bay Head still has the National Guard at all entrances ...they will allow shoppers to come into town using the Bridge Avenue entrance.  We'll be here 10-6 Monday through Saturday and 10-5 on Sunday.  This Saturday we are closed at 4 o'clock for Bay Head's Christmas Celebration.  Thanks so much for all your patience and we look forward to seeing customers again! 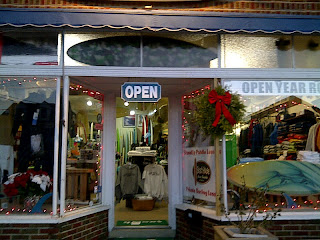 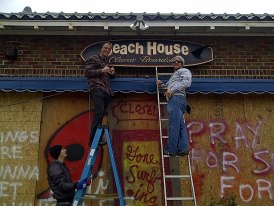 Posted by SinglefinGlide at 4:07 PM No comments:

Yesterday, I received an email from Cory and Jeremy from Jetty Life Clothing, right here in Ocean County, NJ. The have raised a whole lot of money from the sales of their Sandy Relief t-shirts, that will go to help families and first response teams in all the shore communities. They asked me who in Bay Head could use their help. I got them in touch with Pastor Scott Bostwick of St. Paul’s Methodist Church in town. Scott and his crew are doing some awesome work, serving 300-400 meals a day…residents, workers, police officers & National Guardsmen stop into get warm, have a meal, get warm clothing or just talk…truly a heartwarming place.Jeremy asked Scott what they needed to continue their efforts and then wrote out a nice sized check to help meet their needsIn times like these, people really show their true colors…both Jetty and St. Pauls are a true blessing to our community. 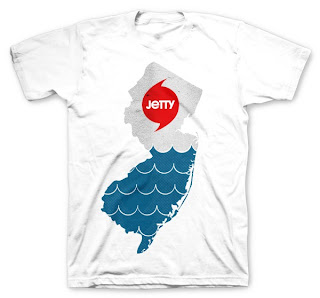 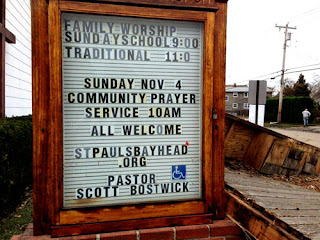 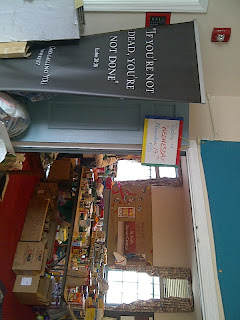 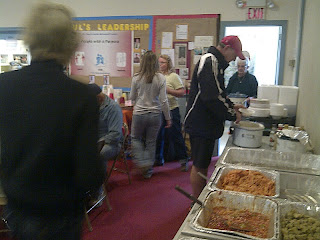 On Monday, October 29th, Hurricane Sandy hit the New Jersey Coastline like a freight train causing crazy devestation...rocking so many shore communities.  The eye came onshore just below Atlantic city with 90 mph winds and 25 to 30 ft. waves! We own a surf shop in Bay Head, 1 block off the ocean and 1 block from the bay...we live in Brick, 3 1/2 miles inland from the shop. We just got power back at home after 10 days..speculation says Bay Head may not have power until December... boy do I Hope they're wrong! The National Guard is still manning all entrances and cruising the streets, keeping things in order...thank God, and only business owners and home owners are allowed entrance into town. As I type this, it's 28 degrees, there's 8 inches of snow on the ground from last night's N'or Easter... something we surely didn't need. Since typing the story below, we've been going into town to help out those that have fared worse than we have, in an atttempt to restore some stoke back into the community members wherever we can. 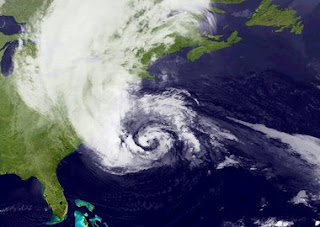 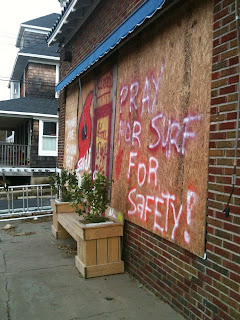 Posted by SinglefinGlide at 8:30 PM 6 comments:

1974 US Surfing Championships - Cape Hatteras, NC - "It was Better Back then" 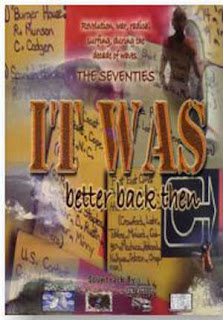 I had a really cool NYC surfer  come in to the shop yesterday...James Breslin, Son of  Pulitzer Prize winning writer Jimmy Breslin and a great writer in his own right.  This long time Long Island surfer was loaded with NY surf facts and stories and was a super nice guy...it was a very cool visit.  We got to talking about growing up surfing West Hampton and sharing lots of waves with the late NY surfing legend Ricky Rasmussen.  This led me to an article he participated in that was in New York Magazine 1982...a really sad story.
as well as this surfing footage from "It was better back then"...available at the Beach House.  It Was Better Back Then

Posted by SinglefinGlide at 5:20 AM No comments:

We've got R1 suits in, fulls as well as long-sleeve shorties...R2s hit the rack as well as R3 hooded suits.  Patagonia's new boots & gloves are in as well...awesome warmth and flex!  Stop in the shop as the weather and water cools down. 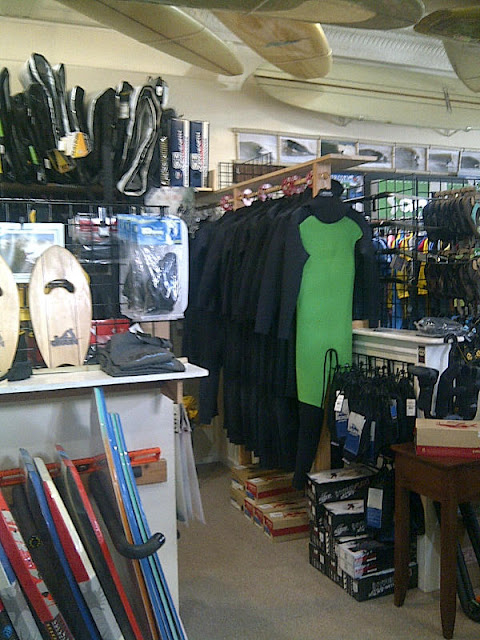 Posted by SinglefinGlide at 10:05 AM No comments:

The Beach House is a family owned and operated old school surf shop...the way it used to be...the way it should be! Established in 1996, our focus is on the history and the culture of surfing.

Get our Newsletter & Promotions

For Email Marketing you can trust